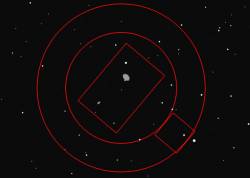 Major improvement of this version is telescope control using INDI library for both Linux and Windows or the same plugins as the version 2.7 for Windows.
You can find more information about INDI at indi.sourceforge.net

The eyepiece and camera marker have been improved. You can now use an offset from the field center to draw auto-guider CCD or off-axis guider field.
This mark are used to continuously show the telescope position but also to add finder anywhere on the chart. 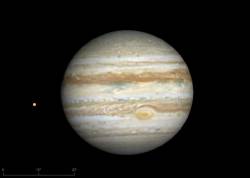 The planet are now represented by their real surface feature.

This option is available only for the Windows version at the moment and is not activated by default. Open the Solar System / Planets setting to activate.

The Linux binaries are now also available as an easy to install RPM.
For a maximum of comfort you must also install the libborqt rpm available here.

Except where otherwise noted, content on this wiki is licensed under the following license: CC Attribution-Share Alike and GNU Free Documentation License